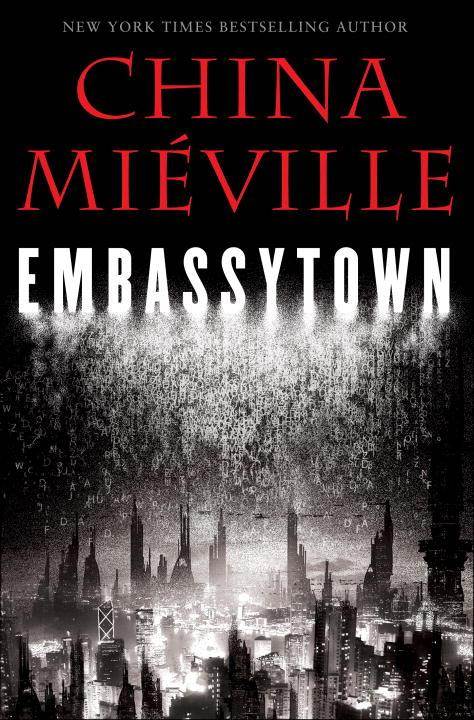 In Embassytown, Avice Benner Cho relates the events of her life, leading up to and including the radical transformation of Embassytown and its residents. Embassytown, the book's eponymous city where the majority of the plot takes place, is a pocket of human-breathable space on an environmentally hostile (to humans) planet, Arieka. The planet's native inhabitants, Ariekei, are incredible bio-engineers whose language requires two vocal streams to speak - and a single living mind behind it. In order to accommodate communication, the humans on the planet have created Ambassadors: cloned human twins, raised to serve as interpreters to the Ariekei and ostensible leaders of the little colony, linked through empathic implants and kept identical through careful daily physical syncing.

The first third of the book largely concerns itself with the past - Cho's childhood and her relationship with her linguist husband Scile, while the remainder recounts the events following the introduction of an outsider Ambassador, EzRa, who causes Arikei society to fall apart.

I really enjoyed Embassytown.  There are lots of strange new (at least to me) science fictional concepts to enjoy, and I love language, so the sections dealing with Scile and the language of the Ariekei (simply called "Language") were especially interesting.  The format was a little unusual; there was a lot of jumping back and forth during the first third of the book that made it difficult to follow at times, especially given the convention of specifying time spans in hours (such as kilohours and megahours). Ultimately, however, the order of prior events is less important than their facts and consequences.

One aspect of the book that I particularly liked was that it took a relatively tight view of events, a tighter view than the reader realizes at the time, and then provided a twist that expanded that view - twice. This shows a level of world-building beyond the simple aspects of the single story, but also the skill and care to not allow it to bog down the plot.

While there were a lot of new ideas to get a grasp on, I found it more comprehensible than Perdido Street Station, although I have the impression they are set in the same universe. I would recommend it for pretty much any science fiction reader, but particularly those with an interest in linguistics.
at August 04, 2013 No comments:
Email ThisBlogThis!Share to TwitterShare to FacebookShare to Pinterest
Labels: china mieville, embassytown, review, science fiction

Enabling your compose key for Unity in Ubuntu 13.04

If you ever write in a language other than English that uses Roman letters, the compose key is a huge help to doing so. It's also useful for times when you need to write a name with an accent, for example, Miéville.

Unfortunately, the compose key doesn't seem to be active by default in Ubuntu 13.04 (at least, for me it wasn't). Fortunately, you can restore the functionality quite easily.

First, open up the system settings application, either by clicking the icon in the sidebar or typing "system settings" into the Unity search bar. 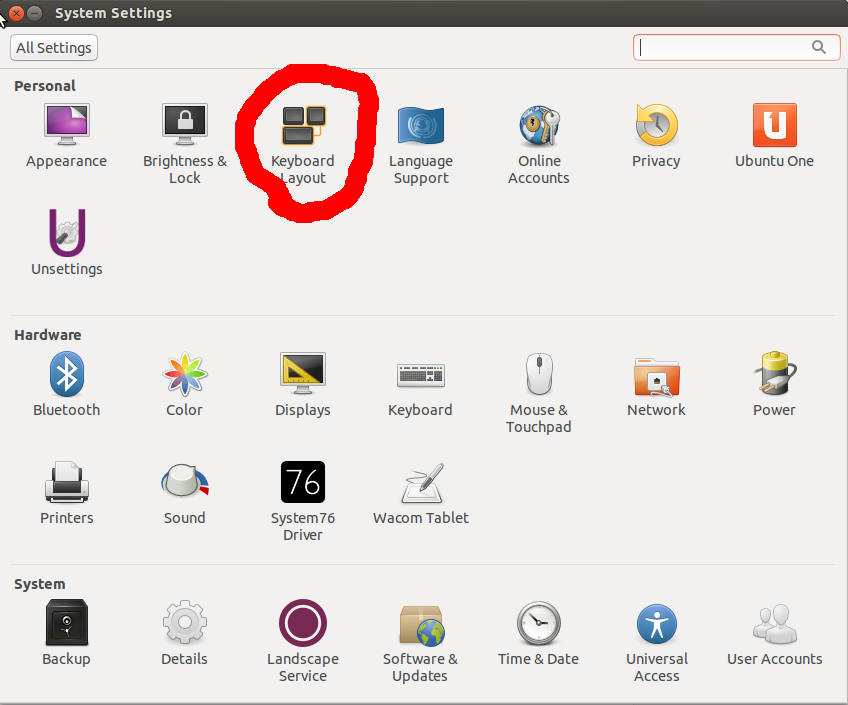 In the "Keyboard Layout" window, click the "Options" button in the lower right of the window. 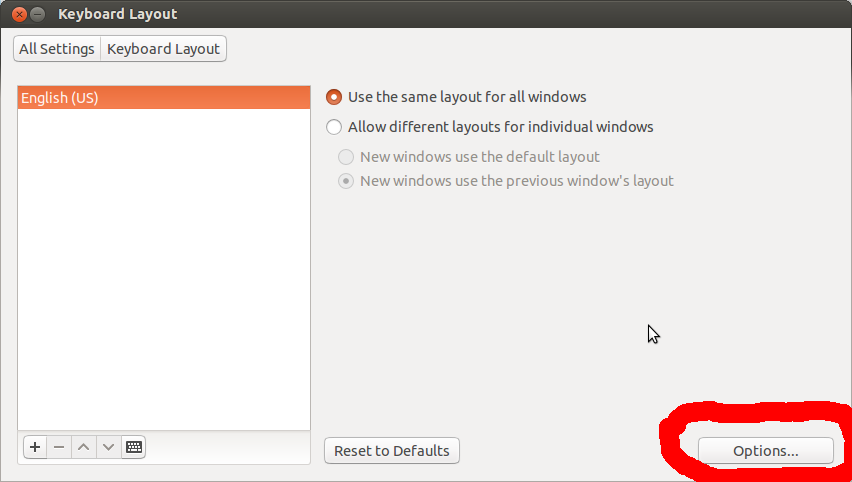 Find "Compose Key position" in the list, and click it to open it up. Select the desired key(s). 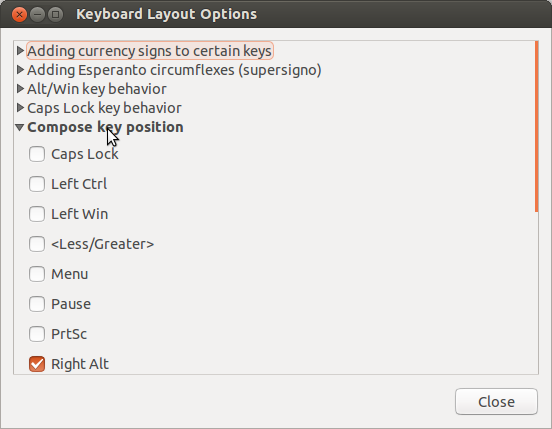 Now, you should be able to create accented characters easily:

at August 04, 2013 No comments:
Email ThisBlogThis!Share to TwitterShare to FacebookShare to Pinterest
Labels: ubuntu, unity

Import your (DRM-free) epubs and PDFs into Google Books

I can't believe I just found out about this, but Google has added upload functionality for your books to Google Play. 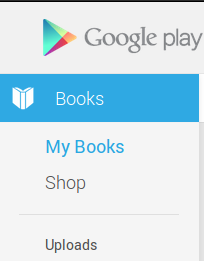 Then, on the right side of the screen, click the "Upload files" button.

An upload dialog will appear. 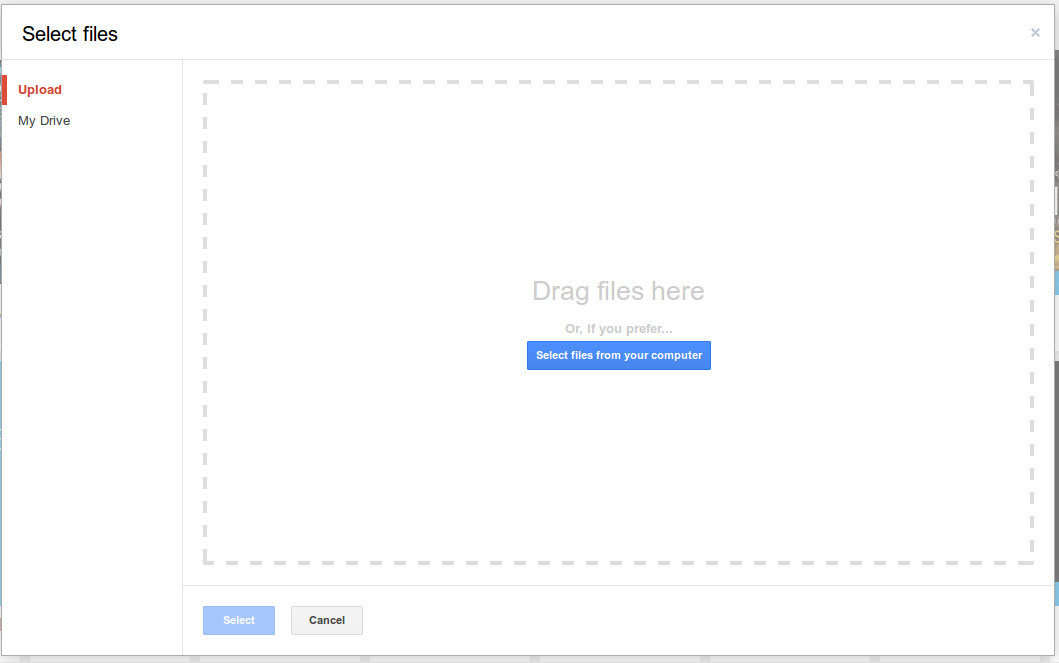 Select the files you want to upload, and they will be immediately uploaded and imported! (Google notes that large files may take some time to be processed.)
at July 28, 2013 No comments:
Email ThisBlogThis!Share to TwitterShare to FacebookShare to Pinterest
Labels: epub, ereader, google, google play