Today was a restful day. We got up relatively late, nearly finished off the waffles (and had some with pineapple!), and played cards for a while before showers. We went in to town, and stopped at Lighthaus to get mom a Compactflash adapter and another memory card. Then, to Border's so Steve could post for his classes while mom and dad went shopping. After returning, some swimming before trying out mom's new toys and dinner. Some TV, then I worked on labeling my photographs for posterity. Now I'm writing this.

Two weird things today: first, I broke Steve's nail clipper while cutting my nails. And I don't mean operator error - the metal snapped! Anyway, I suppose it was an omen, because shortly thereafter, Steve tor his toenail. It was bloody. Poor thing. I think it hurts a lot. He's sleeping now, though. Will try to do some reviews tonight. Nothing in the papers (that I saw) about tourists being trapped by a lava flow. Forgot to check the USGS website, though. Unfortunately, Amy's shots didn't turn out.

That's all for now.
at June 25, 2005 No comments:
Email ThisBlogThis!Share to TwitterShare to FacebookShare to Pinterest

I hate it when I don't have time to finish an entry. Ah, well. Here we go again...

We had pizza the evening we arrived, baked ourselves. Sunday, we rested a bit, and went to the Ali'i Gardens market, where we got leis for the incoming travellers. We met Amy and Brenden at the airport that evening, though we got there a bit early 'cause mom was excited. We got them checked into their hotel and had dinner at the "Kona Style Fish and Chips" restaurant. Pretty good, although we didn't have fish and chips. Then, mom, dad and I headed back to our hotel.

Monday, mom and dad picked up Amy and Brenden from their hotel, and Amy hit her head on the car roof getting in. Oops. We did a late checkout and we had lunch at Drysdale's waiting for the condo to be ready. That evening, we picked up Steve from the airport.

Tuesday we listened to Chris (that's the manager of the timeshare in Kona) tell ten-year-old jokes - although there was some new and some old info. We went to Costco to stock up, and we also had lunch at Quinn's.

Wednesday, we got up relatively early and went snorkeling. Steve shot a whole roll of film, and he got some nice shots. Brenden was attacked by a rock; Amy, Steve and I were attacked by fish. Then we hung out at the condo for the rest of the day.

Thursday, we went to the Hilo side of the island. We stopped at many places along the way... Waimea, Akaka Falls, Rainbow Falls. WE took a wrong turn in Hilo and spent a while trying to figure out the way back. We also went to the "Boiling Pots," though we couldn't see them boiling. Steve is sometimes rather adventurous... at Rainbow Falls, he found a trail and hiked back to the top of the falls. Literally... he has pictures looking down the waterfall. On the way, we also stopped at a pier/park that had some beautiful views. We think it was Laupahoehoe Park. We also found a Japanese (?) graveyard.

Friday we didn't do a whole lot, though we went up to the Keauhou Shopping Center for the Polynesian Paradise show. It was different this time. No male dancer and no young girls. It was also a bit better.

Saturday we went into town and walked around a bit. Steve and I watched the ocean for a while, and had a drink it Durty Jake's before we met for dinner at Hard Rock. After, I cut some pineapple for Steve while the others went to watch the sunset.

Sunday we rested and hung out at the pool until it was time for the Luau. We also picked up pictures from Costco. The Luau was good, but the don't have you take a picture with the Luau girl and boy anymore. Oh, well.

Today, we got up bright and early (8) and started out (~9:30) for Volcanoes National Park. We stopped at Kealekekua Bay (where Captain Cook first landed), and Pu'uhonua o Honaunau (the City of Refuge). Also, we stopped at Na'alehu to eat. The bakery is very good. A bit later, we stopped at a black sand beach called Honolu'u. We saw some resting turtles there, too.

Later, we passed Volcanoes and went to the Akatsuka Orchid Gardens. Lots of pretty orchids there, but very expensive.

After that, we went to Volcanoes and checked in at the visitor's center. The walk out to the lava is three miles each way, and the last couple miles, the ground has been falling into the ocean! We watched the video and took a look at the steam vents. The road to the sulfer banks is gone! We also went to the Volcano House to look out. Then, we headed down to Thursten lava tube and went through. Steve and I went beyond the lit part a ways with flashlights.

Then we went up to the Kilauea Military Camp for dinner. Now, we're heading towards Chain of Craters Road to see if we can see the lava. Will update later.

Ok, so we went out to the Ranger station and looked through the telescope there and were able to see it flowing into the ocean. Steve wanted to go out and see the lava up close, so Brenden, Steve, Amy, mom and I hiked out across the barren, jagged field a ways - slightly past the end of the trail markers, though not all the way out and not as far as some people were going. We climbed up an outcropping and had a pretty good view of the lava coming down the mountain, but we didn't get very close. Then we came back to the car. As we were driving back up, we saw a glow off to the right side of the car. We stopped, an as near as we could tell, it was a new lava flow. Amy got a couple picture of it, so we'll see how they turn out. Pretty spooky - I think we got out in time. If there's anything interesting in tomorrow's paper, I'll save it.

We're on Hwy 11 again, we we're headed back to the condo. If anything interesting happends, I will write more.
at June 25, 2005 No comments:
Email ThisBlogThis!Share to TwitterShare to FacebookShare to Pinterest 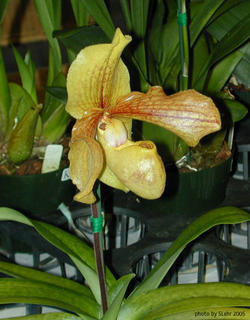 (photo by SLehr, 2005)
Well, here I am in Kona, Hi, again. As always, it's gorgeous here. This trip should prove to be an interesting one. Along with mom, dad, myself and Amy, we have Brenden, Amy's fiancé, and we will pick up Steve, my boyfriend, from the airport tonight. With six, it should be an adventure. But let me fill you in on what's happened so far.

Saturday, we (mom, dad, and I) got up ridiculously early at 3:30am and Amy drove us out to the airport. Fortunately, the flight to San Fran was uneventful, as was the much longer flight from there to Kona.

Ok, so the others just got back, and apparently Amy hit her head on the car. Ouch. I think she'll be okay, though.

Anyway, on the flight to Kona, I mostly read, though I did work a bit on one of the plays that Amy and I are writing. During the flight, I was sitting next to a group of cousins, aunts, uncles, etc. - 13 in all - who had decided to all come together to Hawaii. Pretty neat. After landing and getting the car and the luggage, we headed over to Quinn's for lunch, since it was only noon. Good food. The catch was Ono.

After lunch, we went over to the farmer's market and took a look around. There was an orchid show nearby, so we went there, too. So many types of orchids! Big, small, all colors... crazy. After that, we headed back to the car and came down to the Royal Sea Cliff and checked in. It's kinda a hotel, but the rooms are condos. It's pretty nice, although the pullout bed is pretty soggy. After a while, we went swimming. The RSC has two pools, a slatwater and a regular pool, though we're not convinced the saltwater is anything special.
at June 25, 2005 No comments:
Email ThisBlogThis!Share to TwitterShare to FacebookShare to Pinterest

Before I get started

The following posts, from May 9 through May 23, are from my personal jounral during my Hawaii trip in 2005. These were not originally posted on these days.
at June 25, 2005 No comments:
Email ThisBlogThis!Share to TwitterShare to FacebookShare to Pinterest
Newer Posts Older Posts Home
Subscribe to: Posts (Atom)